It's hard to believe that it has been over a year since I have posted to this blog.  How time flies when you're having... fun?  Well mostly fun anyway.  Our son Thomas was born in December 2010, two months premature due to a condition called HELLP syndrome.

Thomas spent 7 weeks in the special care nursery at the hospital before he could come home.  He weighed only 1.25 kg's when he was born and spent most of his time sleeping.  To begin with he had to be fed through the nose with a tube and syringe.  If only we could do that now...  it would make feeding time so much easier (and cleaner!). 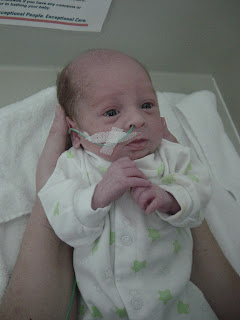 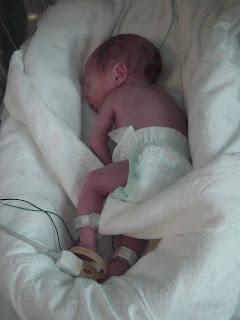 Eventually he was allowed to come home.  It was difficult at first and a huge adjustment to our peaceful lives.  It's been great watching him grow and develop though.  Every week there was something new he was doing.

Feeding him has been a challenge sometimes.  He started out on milk of course, but when he started on solids we made our own puree vegetables and froze them in ice cube trays for convenience.  Then we started giving him meats and other dishes.  Some of his favourites were roast chicken dinner puree, sausage and vegie mash and vegie bake puree.  All home made of course.  Thomas did not like the store bought puree's at all, except for the pure fruit puree's. 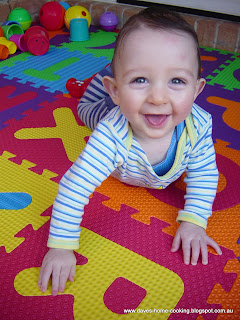 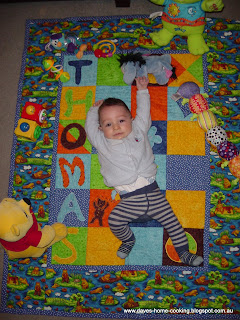 And now he's 1 year old.  He only has two teeth and he's not quite walking yet but that doesn't stop him from getting into everything he shouldn't be touching.  He mostly eats what we eat now and we've taken him to Yum Cha several times and he loves it!  His favourite food at Yum Cha is Coconut Ice, he can't get enough of it.  Which reminds me... I need to find a recipe and try making some for him.

So that's where I've been and hopefully I can find some time here and there to make a few more blog posts.  Who knew a baby would be so time consuming? :)
Posted by Unknown at 5:11 PM

Email ThisBlogThis!Share to TwitterShare to FacebookShare to Pinterest
Labels: Thomas

Hi, welcome to my blog where you'll find lots of delicious home made recipes. All the recipes here have been made by me and tested by my lovely wife Teena and son Thomas.

Feel free to leave comments and visit Teena's blog Flushed with Rosy Colour if you're interested in crochet, gardening, homemade cards and lots of other stuff.